I was so down when life reminded me why I got on this boat. Lisbon reminded me.

I set my alarm early, but I ritualistically cancelled it until it was much later. The first thing I had to do was to get my registration card from the crew office. This would allow me to go ashore, which I was gasping for in my super ill state. I just wanted to see something that wasn't the inside of a boat. OK, I could go on deck, but then I had to smile and say hello to everyone and I wasn't feeling very much like smiling.

The crew card was waiting for me, and I strolled ashore. The first thing that met my eyes was the incredibly beautiful buildings. I’m not kidding, this place was stunning. The more I saw, the more impressed I was by it's giant marble sculptures and arches intersecting multi-coloured streets of beautiful architecture. There was graffiti everywhere, but there was art to it, and some of it was desperately beautiful.

I sat down on a bench by the police station army scary people place. I lay back and soaked in the Portuguese sun. I felt like I was breathing for the first time since I got on the boat. I could be on my own, get my bearing and settle. My whole body just glowed, and I took the chance to text my fam. They called me and it felt so good to be back in contact with the real world.

I set off towards the town, on a quest to find a Portuguese phrase book. This was a mission. I managed to buy some stickers for my guitar case, one saying Portugal, one Lisbon.

The biggest thing that struck me about Lisbon were the bottle banks. There was one on every street corner! All hand painted in a range of colours. A lot of buildings were dilapidated, with the paint sweating off the shutters in the gasping heat. 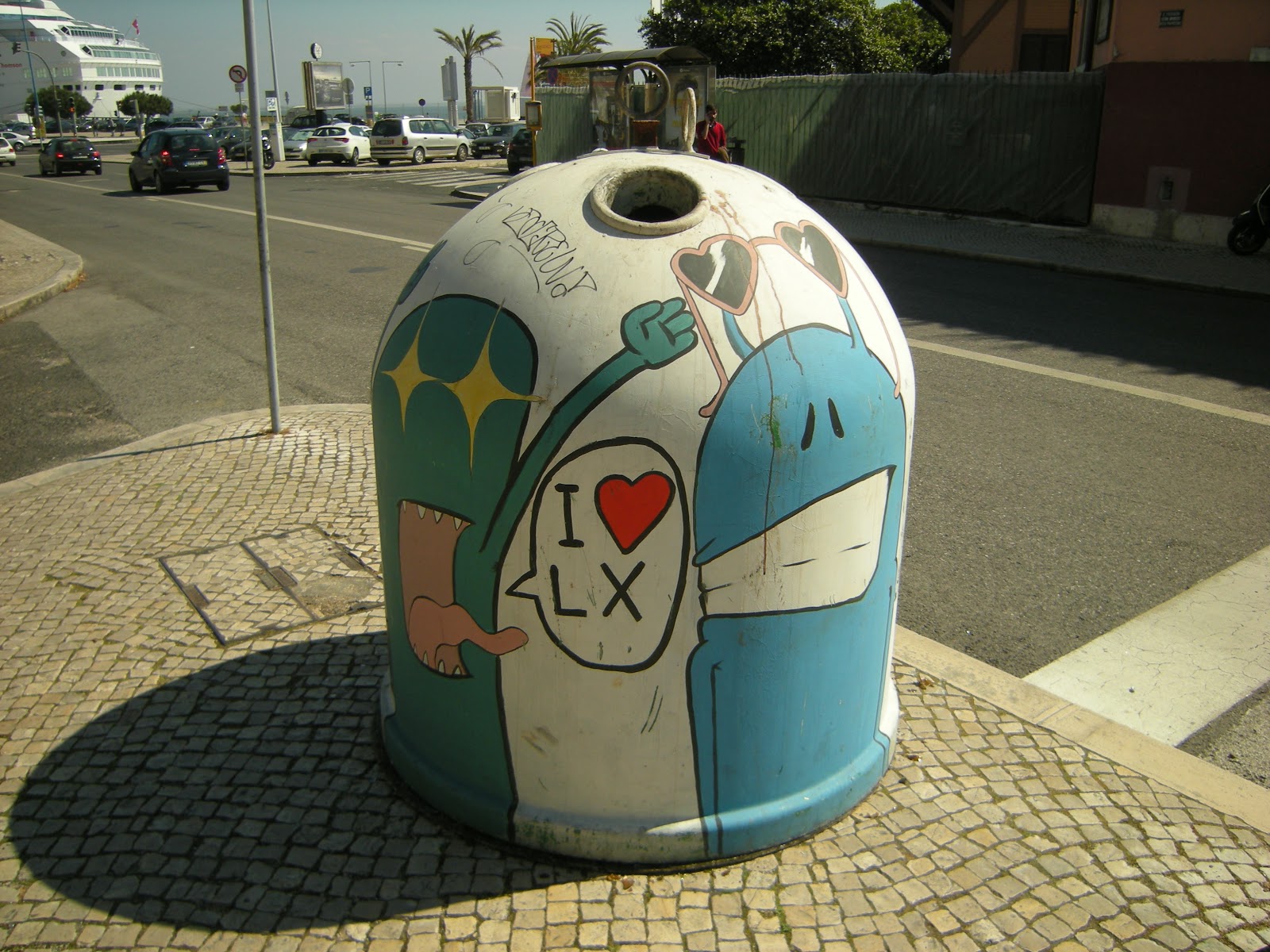 There were trams – yes, Lisbon has an amazing tram network – intersecting an incredible arched courtyard so big it was insane. In one of these arches I found a tourist information. It was here that I found my phrase book.

That's pretty much all I needed to know to be polite to the Portuguese. Immediately, everyone I spoke to was a notch more friendly. It's so true that just a little effort makes a difference, and I'll be seeing a lot more of Portugal.

The graffiti was amazing too. I snapped this piece because it moved me more than any other. 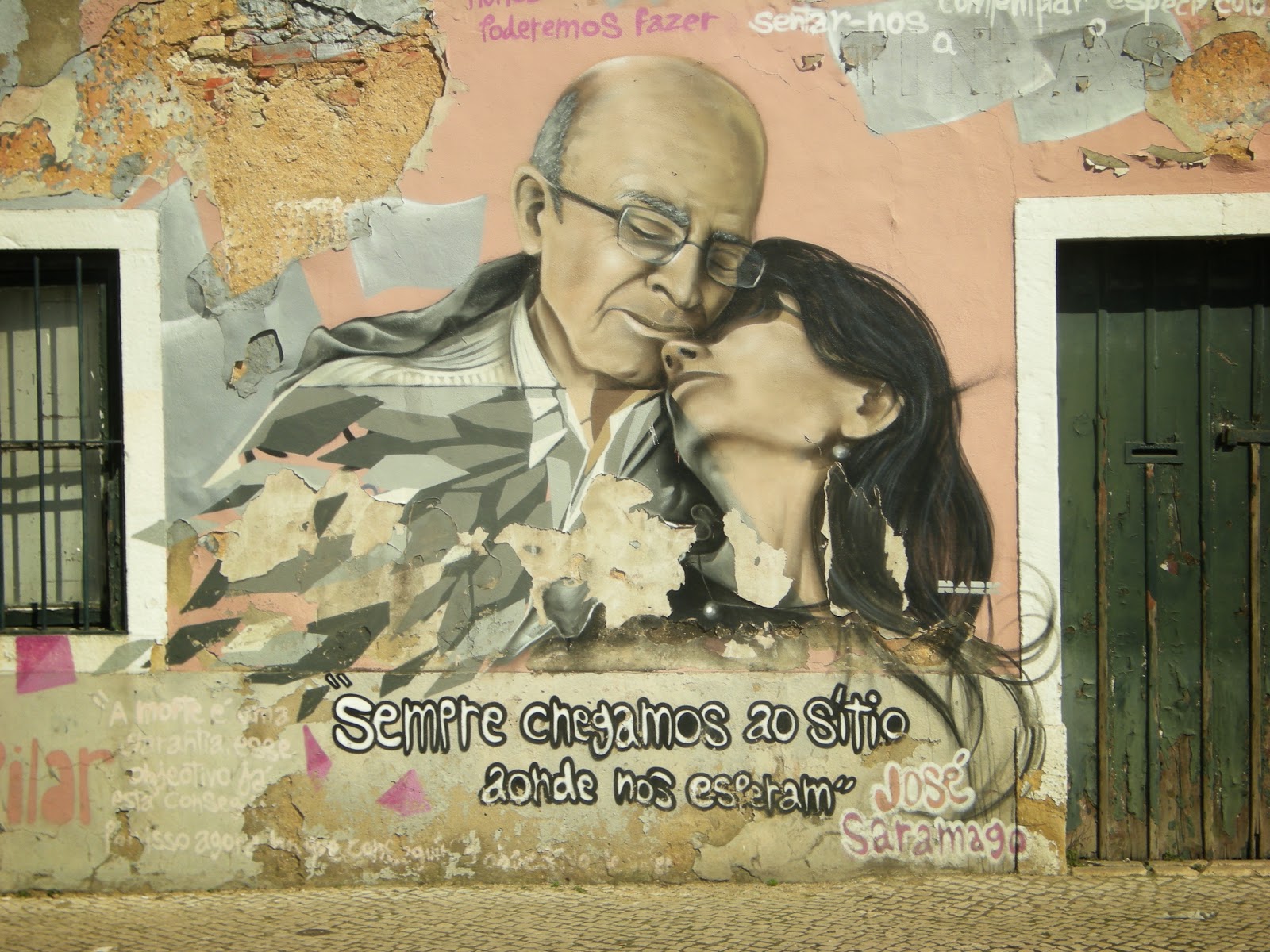 I went back to the ship feeling refreshed with a new confidence. For the first time I actually performed well.
Posted by Sam Harrison Music at 07:53