City Vaults, Tokyo.....The World! Mhahahahah! Mine is an Evil Laugh!

Two great Gigs, in as many days, then the Still tomorrow for the next bite of the apple!

The City Vaults was great on friday, Devon & Suz doing the macarena to Frank Turner's Long Live the Queen will live in my memory to I am old and wizened.  Thanks guys for coming out and supporting us, possibly the best gig in an month of awesome gigs (stiff competition tho with the Halloween Party).

Tokyo today was awesome, although I was barely on my feet after having had practically no sleep last night. Michelle proposed to Rob in our set! It was AMAZING! He said yes, and I couldn't be happier for them! nice one guys!

The Tokyo gig was in aid of Oxjam, and the whole event was run brilliantly. I really wanted to come back and see more of it, but I went straight to sleep as soon as I got home. Tokyo looks amazing inside. I'm so glad to  see they've kept the constitutional club's original features, although they've still done a bit of the pretentious crappy modern stuff in there too. The gothic look with the chandelier is amazing tho! big up for Tokyo for keeping the wood panels and the original ceilings that many developers would have destroyed forever. Anyway, I'll try not to prattle about architecture, I do have a tendency to go on a bit in these blog posts. The whole event has been filmed by Lincoln Live - check out their youtube for some HQ Lincoln gig footage.

I'm single again. Its been coming for a while, but I still didn't expect it. It sucks. The worst time of year for it too, as the winter blues are setting in and you gradually start sinking down  into that indifferent numbness and staring into nothing for long periods of time thinking about injustice and poverty... Happy thoughts! Buffy the vampire slayer! Thats what I need, my Buffy fix...

It's not all that bad, in fact things outside of relationship-land are going really good, its just the trinity of things you can't have. If you manage to get a) a good social life b) a good work life c) a good relationship the universe collapses on itself, and nothing is left except a bubble in space time containing Google & its servers (multi-coloured bubble in space time I might add.)

Anyhoo, I clearly don't have a lot to talk about So before I start harking on about pseudo-philosophy I'll quit and get back to Buffy, I missed Buffy by about ten years, and its all very exciting for me right now. I do wish Willow and Zander would get it on though. You can tell Willow is a tiger waiting to be unleashed. Jesus, I'm getting into the realms of internet geekdom now, I'd better say something musical. I like the key changes in the theme song. There.

I'm gonna go before I embarrass myself some more...

P.S. Check out this awesome pic from the still last week, taken by the awesometastic Josh Potter 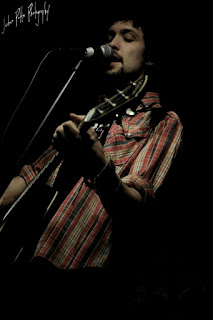