Waiting For The Album

Its pretty unbelievable how much work goes into making an album - even for an underground (the nice way of saying obscure) musician like me. It took me a year to record 'Yes Hard Feelings' and two years to raise the money to publish it. Check out the video for 'Bottle It Up' here:
http://www.youtube.com/watch?v=hSCAlEAoMeE 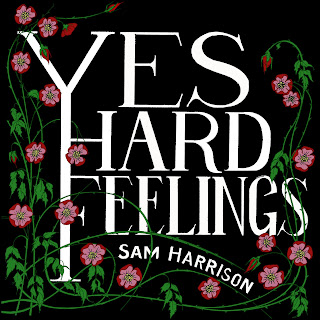 On YHF I play every instrument myself - I didn't want to, this is because of the way music copyright works. If I have a guest on my album, and want to publish it, legally I have to pay a huge amount of money to the PRS (Performing Rights Society) and fill out a heap of paperwork. If I do it myself, they can't touch me. I own every second of YHF.

I made the record in my bedroom - with not much more than a computer, mixer and microphone. Although the sound quality of the record doesn't entirely live up to a professional record, mainly due to the quality of the microphones, It gets pretty damn close. This meant I could spend a long time working on each track experimenting in a way that would have cost thousands in a professional studio. I'm also lucky enough to have a studio engineer for a brother who was able to master my mixes to make them sound balanced on all sound systems, which would normally cost hundreds of pounds.

I took out a loan through the prince's trust that covered some of my publishing costs - This allowed me to purchase 1000 copies of the album to star me off. Unfortunately, before I could go to pressing I had to basically learn graphic design. My dad drew the album cover in fine liner pen, which I then scanned and colored via GIMP, free image editing software that does everything Photoshop does (but for free :-).  Unfortunately, Gimp works in RGB, and the images needed to be in CMYK pdf to be printed by the company. This means the image files were in the language computer monitors use instead of the language printers use. Unfortunately, there isn't a button to change that, and it took me a month to figure out how to do it.

As a result, three years after starting my album, it is on the printers this week. I can't begin to describe how exciting this is, and I can't wait to see how people receive my first published album. Its a big learning curb, but I'm proud of this first record and its testament to the fact that you don't have to pay big money to make great music.

I think every artist wants to leave a dent in the world, to make them immortal. For me each copy I can press, each person I can touch with my music is a little happiness for me. I write my music for myself, but its such a beautiful feeling when someone from a different country for instance, falls in love with your music. That's really beautiful, and very human.

P.S. - This is the company I'm pressing with http://www.testa-rossa.com/
Posted by Sam Harrison Music at 17:46